Bosco Verticale, one of the 50 most iconic skyscrapers of the last 50 years. And the exteriors feature Cotto d’Este’s coverings.

New recognition from the “Council on Tall Buildings and Urban Habitat”, a non-profit organization devoted to sustainable urban design, which already in 2015 named the green towers of Porta Nuova one of the most beautiful buildings in the world. Designed by Boeri Studio (Stefano Boeri, Gianandrea Barreca, Giovanni La Varra), it was created with Panariagroup’s ceramic surfaces.

Among the most symbolic skyscrapers built in the last 50 years, Bosco Verticale, built in Milan in 2014, is part of one of the city’s most radical urban redevelopment projects. The skyscraper, designed and planned by Boeri Studio (Stefano Boeri, Gianandrea Barreca, Giovanni La Varra) and built and managed by Coima, consists of two 110 and 76-metre-high towers, whose façades house 711 trees, 5,000 large shrubs and 15,000 perennial and hanging plants, covering an area equivalent to two hectares of forestation.

Bosco Verticale, which is considered to be one of the tall buildings that has contributed the most to the local area and urban community, has represented, since its construction, a model for all subsequently designed buildings that feature vegetation integrated in their architectural structure.

An innovative and experimental project, since the early design stages Bosco Verticale has been a challenge that Cotto d’Este, together with Panariagroup, was able to rise to by overseeing the external covering. The ventilated façade is made with 14 mm extra-thick custom porcelain stoneware tiles, the result of a unique production technology: pressed 3 times and cooked at 1230 °C for over 90 minutes, the product boasts outstanding characteristics, technical performance and beauty. Ceramic material is therefore an integral part of the building’s aesthetic appearance thanks to the close relationship with its living soul: vegetation. 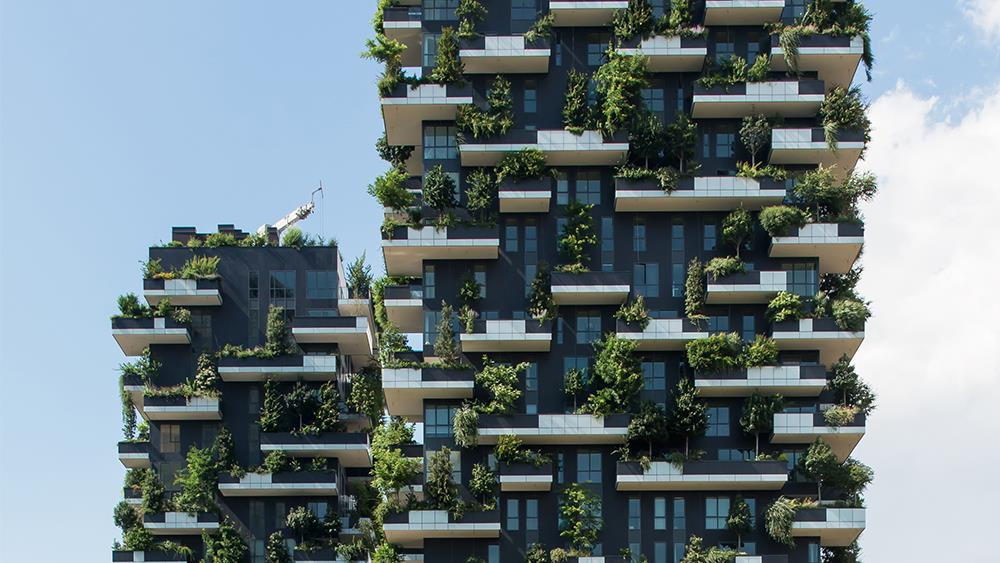